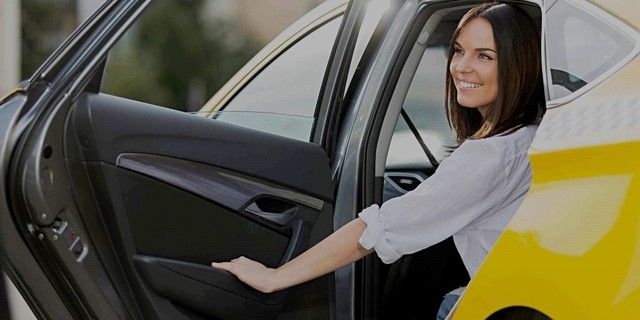 Everything About Podgorica at One Place

Welcome to find out some useful tips about Podgorica, capital of Montenegro. It is also the largest city, where one third of Montenegrins lives. In the past, the city had the names Birziminium, Ribnica and Titograd. Podgorica is a city that spreads across the territory sprinkled by five rivers. Town is at an average altitude of 44 meters, surrounded by mountains on all sides. It has Mediterranean climate with an average of roughly 140 sunny days during the year.

Podgorica is a generally modern city, mostly built after the Second World War. The main reason for this is that the city was completely destroyed by more than 70 bombings during the war. In the last two decades, the city has gradually grown into a modern metropolis. Urbanized city with modern roads and bridges over Moraca river that divides the city into two parts.

About Accommodation in Podgorica

Considering the number of inhabitants (about 200 thousand), the city has a sufficient number of hotels and private apartments. Unfortunately, from the 5-star hotels city can offer just two of them.  “Hilton” hotel, built on the site of the former hotel “Crna Gora” is located right in the center of the city. Second one is a small boutique hotel “Ziya”, at 3-4 minutes walking distance from main city square. The most of the hotels in Podgorica has four stars. The most popular are: Centre Ville, Best Western Premier, Hotel Hemera, Ramada, M Nikic and New Star.

For budget-restricted travelers, several hostels meet all their needs. In hostels in Podgorica, the prices of beds range from 8 - 20 euros per person. Most of them are located near the bus and train station, and part of the named Stara Varos. The most popular hostels are: Explorer, Old Town, Hostel Q and Hostel M.

About Traffic Connections of Podgorica

The capital of Montenegro has its own airport, located about 12-13 kilometers from the main square. Although it still has an old international TGD code, it is also known as Golubovci Airport. It is very accessible, connected by a wide boulevard with the city. Travel time from the city center to the airport is about 15 - 20 minutes. The daily number of flights ranges from roughly 15 in winter time, to almost 40 during the peak of the summer tourist season.

Central Bus and Train stations are one across other. Both are located in “Trg Golootockih Zrtava” street, about 2-3 kilometers from city center. About Bus Station in Podgorica you can find special page on our site. Buses runs to all destinations in Montenegro and to all major cities in neighboring countries. The most of the lines are towards coastal cities, and towards Niksic, second the biggest town in Montenegro. Bus tickets are generally not expensive, and it is possible to buy it online.

Railway station is just 50 meters from Bust station. By train you can travel to the south, coastal city Bar, and to the north in direction of Serbian capital Belgrade. Also, second the biggest city Niksic is connected by railroad with Podgorica.

For those who are in the city for the first time and want to know more about the sights of Podgorica, first to explain something. As we said earlier, the city was completely destroyed during the WW2. Very small number of constructions originate from the earlier period.

Stara Varos with Clock Tower is a part of the city where you can find the remains of Turkish rule in the city.

The remnants of the Roman city of Doclea, dating from the 1-2th century, are only a few kilometers from the city center, and worth seeing.

St George's Church and Cathedral of Christ’s Resurrection are in walking zone from city center. St. George's Church in Podgorica is one of the oldest religious buildings in the Balkans, about nine centuries old. It is located only a few minutes’ walk from the main square, at the foot of Gorica hill. The construction of the Temple of Christ's Resurrection was completed in 2013 and it is an unavoidable tourist attraction.

Wine Cellar Sipcanik is the right place for lovers of good wine. National company “Plantaze” produces red and white wines of superior quality. Grape brandy is also a well-known product of the company.

Niagara Falls are a natural waterfall on Cijevna river, located between Podgorica and Tuzi. Excursion site complete with an excellent national restaurant.

Milenium Bridge over Moraca river is close to the city center. Almost 200 meters long bridge that hangs on the cables was built in 2005. It became one of the most recognizable symbols of the city.

In case you find yourself in any danger, or you want to help others, European Emergency number 122 is also available in Montenegro. Calling this number that is free of charge, you can get the Police, Fire Department and emergency medical help.

If you are traveling by car through Montenegro, in case you need any help, call 19807. It is the phone number of the car moto society where you can get information about the road condition, or get the necessary assistance.

There are three mobile operators in Montenegro. Most foreigners want to buy a prepaid SIM card because Montenegro is still not a part of the European Union, and roaming is very expensive. You can choose between: T – Mobile 067, Telenor 069 and M: Tel 068. No matter which operator you choose, the prices of services are almost identical. Just to mention, the international dialing code for Montenegro is +382. If you are calling from a foreign number, country code is required regardless of whether you are calling a mobile or fixed number.